The Future of Cookies and Intent Data: Interview with Charlie Tarzian 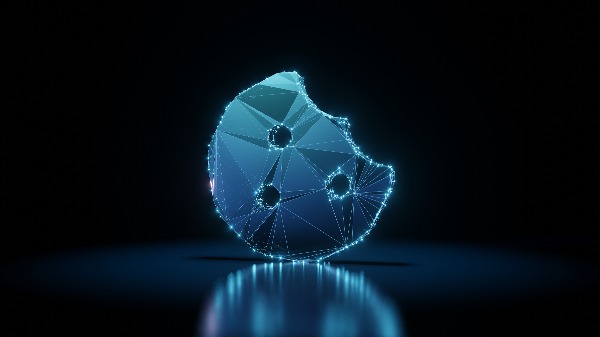 Last week Charlie Tarzian penned a guest post for the Intentsify blog that discusses how the B2B marketing landscape may evolve in the absence of cookies. Reviewing several potential replacement solutions for third-party cookies—as well as their relative strengths and weaknesses—his article is incredibly informative.

That said, it also raised important questions. Both internally at Intentsify and externally among our wider network, we received inquiries mostly regarding how such developments may specifically impact the intent data space for B2B sales and marketing teams. So, we thought it would be a great idea to bring such questions directly to Charlie.

First, a little background on Charlie. Over the last 30-or-so years, Charlie has held various C-level positions—including CTO, CSO, and CEO—at several marketing and technology companies, where his expertise in big data discovery led him to pioneer new methods of discerning buyer intent. In 2012, he founded the intent data company The Big Willow, serving as CEO before its 2018 acquisition by Aberdeen, where he then held the title of Chief Innovation Officer until 2020.

David Crane: There’s a lot of noise in the industry about how the end of third-party cookies will effectively preclude a giant segment of intent data currently derived from ad exchanges. What are your thoughts on this?

Charlie Tarzian: I would say that a lot of the fears about the end of cookies is overblown. Let’s not forget, this is a very old, primitive technology that was first implemented in the late 90s (1997, I think). So, it was only a matter of time before it would be replaced.

As far as what will change going forward, the ecosystem currently allowing us to find the right people to serve the right message to at the right time will be preserved by a number of alternatives. Any of these, be they Google FLoC’s, Unified IDs, etc. will still enable marketers to identify behaviors at the anonymous individual level, while precluding them from reverse-engineering the data to reveal a person’s identity (as you can with cookies).

As long as such replacement solutions provide the necessary reporting—to ensure that marketers are in fact getting in front of the right audiences—programmatic advertising will only continue its ascent. And with this growth will come an increasing volume of intent signals. In other words, I really don’t see the end of cookies negatively affecting intent data much at all.

DC: I’ve heard you mention that the industry is currently in the Intent 1.0 stage. What changes do you see coming? What might Intent 2.0 look like?

CT: Yes, that is absolutely correct. Intent 1.0 is too simplistic, compared to what is possible today. In some cases, it’s almost as simple as counting words (e.g., using keywords to determine interest in a particular category). Intent 2.0 will be far more nuanced and will focus much more on context.

In B2B, companies spend a lot of time trying to solve, transform, optimize. And that requires purchasing the things that will help them. But that doesn’t mean they’re actually researching for the things you’re selling. For example, if a company is moving more rapidly to the cloud but wants a hybrid strategy so they can retain certain data/systems inside their own data center, they’ll need to buy infrastructure. Yet, that isn’t necessarily what they’re focused on during their research.

Being able to understand the problem-solving methods inside of targeted audiences is much more helpful than looking for people who are only researching the thing you sell. You miss out on 50% of your total addressable market. The next evolution of intent data and intent-driven solutions will focus on connecting a greater number of such dots, allowing for earlier identification of in-market companies, more accurate insights about those companies, as well as more efficient activation of those insights.

DC: What do you see as the most important differentiators between teams that use intent data to great success, and those that don’t?

CT: Teams need to embrace a total data-centric process. Which means a lot has to change. Unfortunately, a lot of very talented people who have gone into marketing operations and sales ops find themselves in much more transactive situations than they thought they were getting into.

Intent data can and should drive a lot of the prioritization and predictive elements of a team’s day to day. It can be the lifeblood of the organization. Yet, there must be a commitment to data as the driver.

Most companies that try and fail at using intent data are either presented with flawed data or don’t know how to properly analyze it and/or act on it. Regarding the latter, education and training are critical. I’ve seen many companies implement intent data playbooks to great effect. That’s because new tools, like intent data, usually require new processes. And the best playbooks clearly explain which actions should be taken by specific roles based on specific behaviors identified in the intent data. They should be a pre-requisite for proper use of intent.

DC: A recent study conducted by Intentsify and Ascend2 found that among intent data users, 89% are using 2+ sources of intent, and 71% are using 3+ sources. What conclusions do you draw from this?

CT: More and various sources of data are always better. No one intent data source is going to be as accurate or helpful as multiple sources. As I mentioned in my response to the last question, a lot of B2B companies fail with intent data because the insights are flawed. It’s not so much that the data is erroneous, but that a single source typically can only show one piece of the picture; it doesn’t provide all the necessary context, which can lead to skewed conclusions.

Using multiple intent data sources is the best way to prevent this from happening. It allows users to validate signals against each other, providing more confidence in the overall picture. That’s why we’re seeing so many teams invest in a number of different intent types and sources. When you’re using data to direct a great deal of resources and attention towards certain accounts, you want to verify the accuracy of that data. Leveraging multiple sources of data is the best way to do that.

DC: That actually leads well into my next question. The same study found that, among the challenges B2B marketing teams face when using intent data are, “Converting data into insights,” “Verifying the validity of intent signals,” and “Acting on insights” all ranked in the top 5. What would you take away from this?

CT: I couldn’t agree more. I’ve been hearing about the same issues in market for years.

The first thing I would say is: it’s not the data, per se, that is important, but the questions you ask it. You will find so many answers in the data. So, don’t take the data at face value—challenge it. Again, it’s not that the data or specific signals are wrong, but rather it’s that you may be looking at it in the wrong way.

Data is like an onion and you really don’t find what you are looking for necessarily in the first pass at it. It takes some time and thought and testing to get to the next level. Intent 2.0 is recognizing that the data are raw materials as opposed to a finished product. It needs to be dissected, reverse-engineered and put back together in order to get to powerful insights and actions.

As I mentioned before, this all requires a lot of education and training among those using the data. And I think that’s where many companies and teams are falling short. Fortunately, more solutions are coming to market, like Intentsify’s, that are making is easier for intent data users to quickly gain these insights and put them all into action.

Is My Team Ready for Intent Data? Matching Needs to Intent Use Cases [Part 1]

Talk to us about accelerating your pipeline and revenue growth.